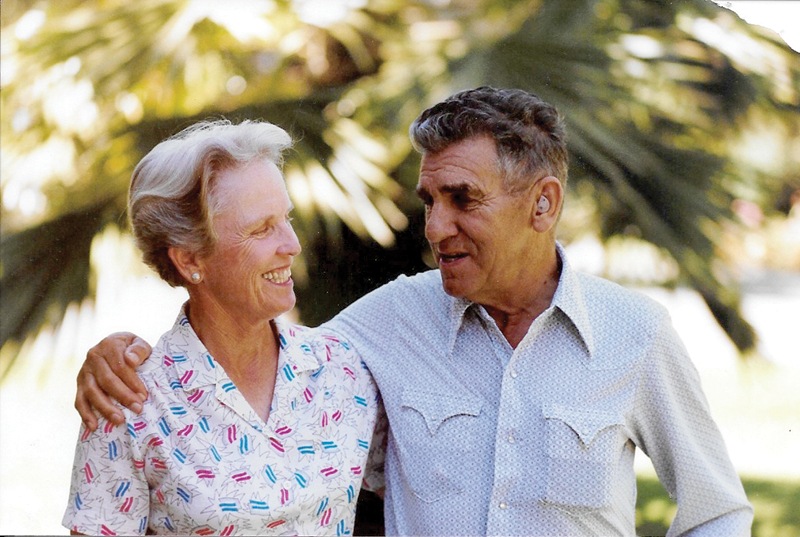 It seems universally acknowledged across all equine disciplines and all manner of horse folks that Tom Dorrance, a rather humble hand from California, possessed a most extraordinary way with horses.

Aside from the tales of Tom that still are told today by those who learned directly from him, there are but a precious handful of books and videos to bring his words and teachings directly to us. That slim section on the equine library shelf is about to get bigger.

Margaret Dorrance, Tom’s wife, has announced that she is releasing extensive new video footage of Tom teaching in a clinic setting. The new video, “Building a Foundation with Tom Dorrance – Colt Starting and Beyond” is a two-DVD set with over three hours of vintage footage shot by Dorrance family friend Tom Johnson, at a three-day colt starting clinic hosted by Jack Brainard for Tom in Aubrey, Texas, in June 1996—20 years ago last month.

Margaret hand-picked this clinic footage from the vault for the new video. She worked with Emily Kitching at Eclectic Horseman Communications to have the old footage enhanced as much as possible to improve the quality and create the new video.

“Emily is my website lady,” Margaret says. “She encouraged me and we went from there. What impressed me [about this clinic footage] was that these were three-year-olds and four experienced horsemen from this ranch who had never experienced starting a colt this way—and that Tom was able to direct them successfully and it turned out neither colt ever bucked. These fellows tried hard and followed Tom’s directions.”

Margaret was at the clinic. She says the way Tom had the men work with the colts as shown on this video was different from how they typically did things at home.

“When I was with Tom and we started colts, we’d worked with them and they were gentle,” Margaret says. “These colts were three-year-olds, and one of them had never been halter-broke. They just backed a trailer up and put them in the round pen. Then they just started from that. We tried to leave as much that was real as possible [in the video] and took out only the spots that we were not able to see or hear. I think Emily did a good job. It was impressive. Tom gave out a lot of good information—there’s a lot of educational information in this.”

Since the footage has been only minimally edited, many of the pauses remain along with the action for the viewer to consider.

“There were a lot of times that action was not going on but Tom was giving the horse and the person time,” Margaret explains, “but also he was talking and making comments that would help a person—maybe not then, but in the future—with a colt. It didn’t really pertain altogether with these two colts; it meant quite a bit to any colt. At least that’s what I picked up on it. And I had never seen Tom start colts this way—of course, Tom never did anything twice the same way.”

“I have all these memories,” she says. “[Making this video] gives me something to do that I can do—if it helps and keeps it going.”

Ultimately, Margaret says, “Tom’s thought was for the horse. He showed a lot of caring for the horse and the person.” She hopes this new video will share some of how Tom applied his celebrated horsemanship approach to starting colts and that viewers will be able to take away some of his understanding and apply it in their own lives.

“Not that they’re going to do it exactly Tom’s way,” Margaret says, “but Tom’s way gives them ideas to work things out.”