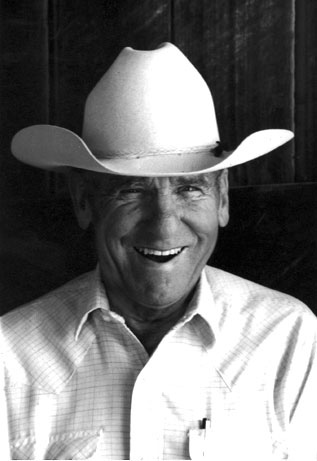 The part that has meant the most to the horse and me is the communication between us. This is the part where I really had to devote a lot of thought. I have watched horses when they are loose by themselves or loose in a group; gentle raised or wild range raised, their naturalness will show. And by studying their actions and reactions I have been helped to understand how to present myself in such a way that the horses will respond to what I may ask of them. This I believe is true nature.

This is something I have had to develop in myself, for myself, by myself. The True Unity and Willing Communication between the horse and me is not something that can be handed to someone, it has to be learned, it has to come from the inside of a person and inside of the horse. – TD 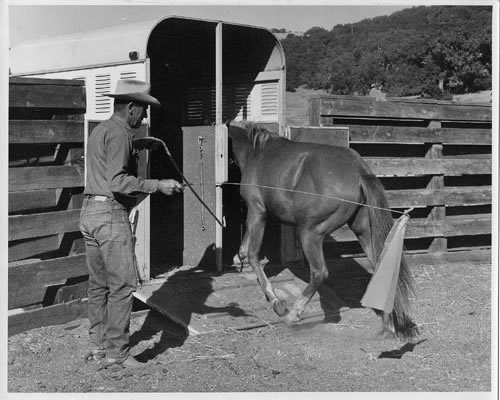 TRUE UNITY Willing Communication between horse and human
The thing you are trying to help the horse do is to use his own mind. You are trying to present something and then let him figure out how to get there. - TD 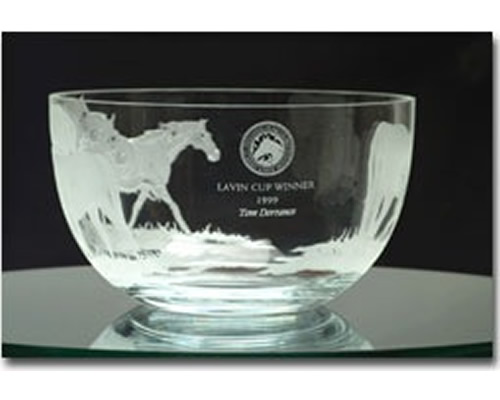 In 1999, The American Association of Equine Practitioners awarded Tom "The Lavin Cup". The Lavin Cup, named for AAEP past president Gary A. Lavin, VMD, recognized non-veterinary organizations or individuals that have demonstrated exceptional compassion for or developed and enforced rules and guidelines that protect the welfare of the horse. 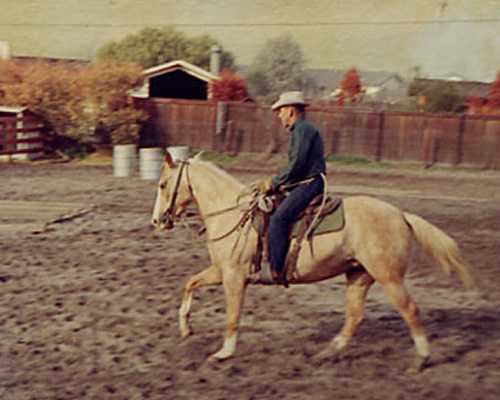 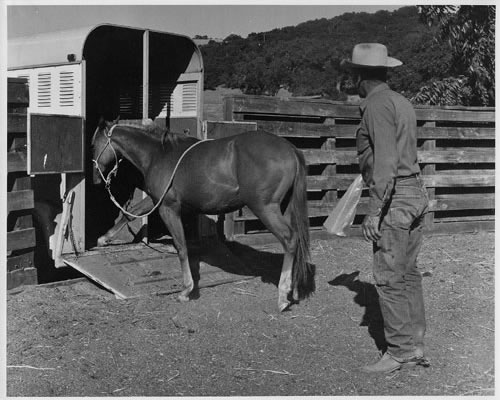 Loading a young mare that had a loading problem. Tom was able to send this mare in the trailer with the rope over her back from about 40 feet away. - MD 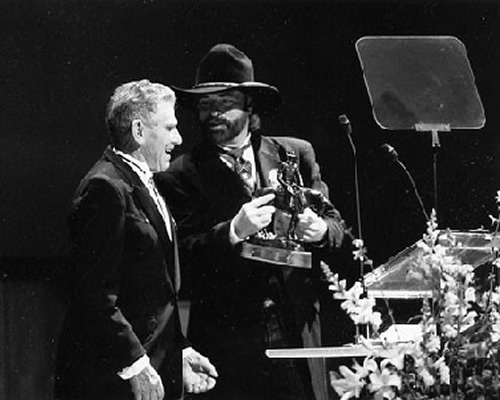 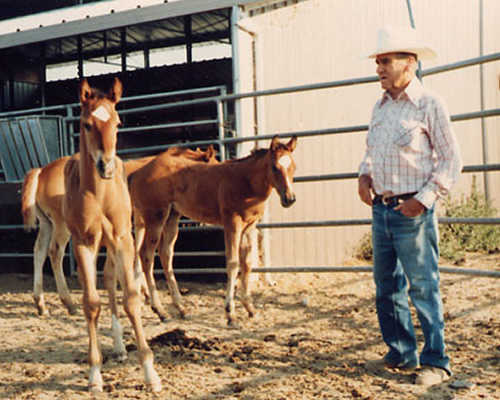 Tom has been referred to as the "horse's lawyer". He gives the horse credit for his knowledge of a horse's feelings and problems. He says, "What I know about the horse I learned from the horse." 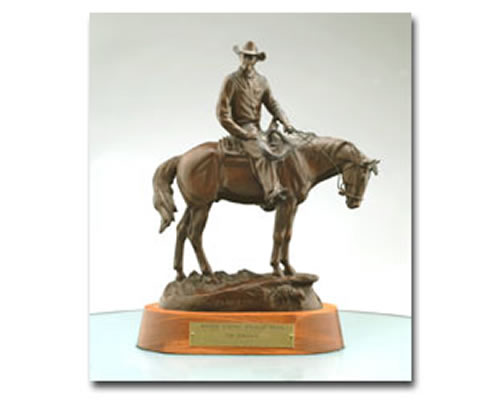 The Chester A. Reynolds Award was established in 1990 in honor of the National Cowboy & Western Heritage Museum's founder, and recognizes a person whose lifestyle represents the ideals of the American West. This award is presented by the National Cowboy Hall of Fame. 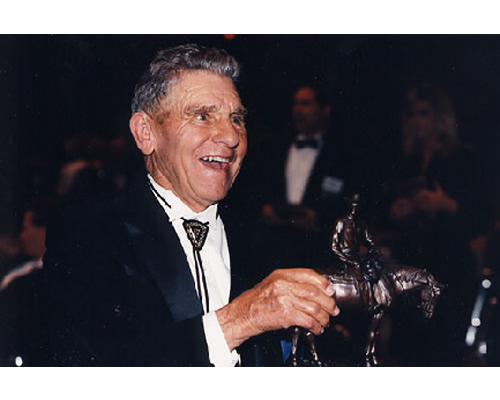 Down Memory’s Lane with You

I’d like to ride down Memory’s Lane
Together, you and I…
And sing the songs we used to sing
In the pleasant days gone by.
Our thoughts will bloom like flowers
And we’ll gather every one;
We’ll laugh at things we used to do,
The joyous things we’ve done.
And then someday if God is good
Perhaps beneath the sky…
Hand in hand, we’ll ride once more
Together….YOU AND I!